Amanda Hinchman-Dominguez - Kotlin: The Next Frontier in Metaprogramming

Topic In an epic quest using Kotlin and native desktop development to generate UI testing for the TornadoFX framework, we turn to metaprogramming in Kotlin t...

Presentation: Architecting For Focus, Flow, and Joy: Beyond The Unicorn Project 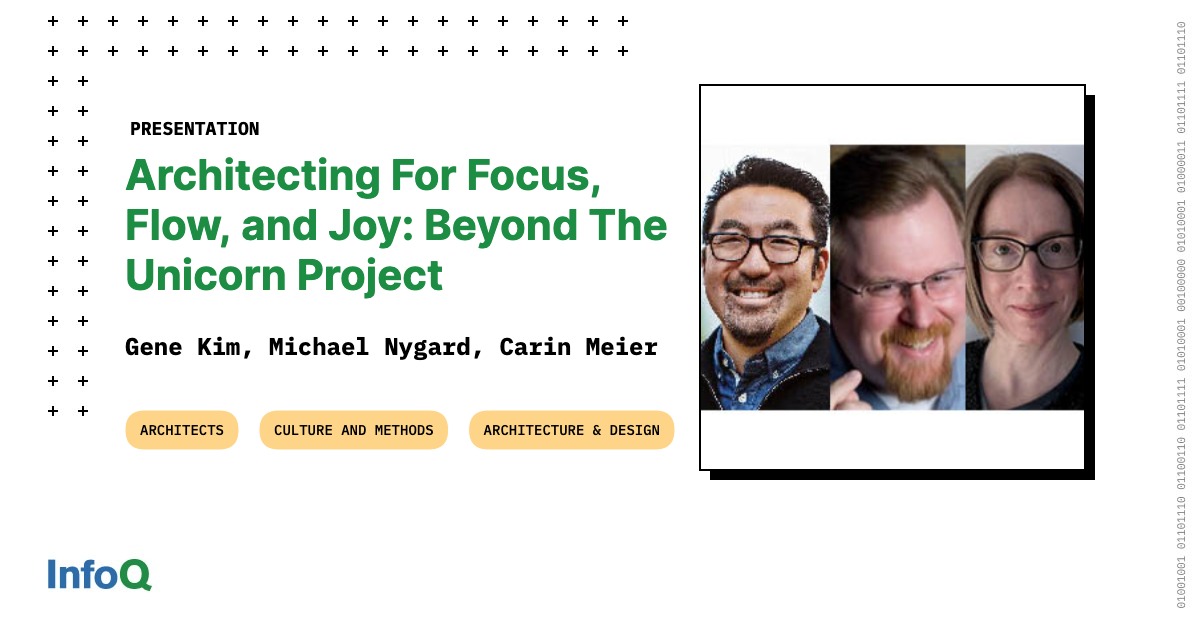 The panelists discuss some of the most fun and least fun moments coding, how functional programming practices have helped, and how productivity can be unleashed at a team-of-teams scale. 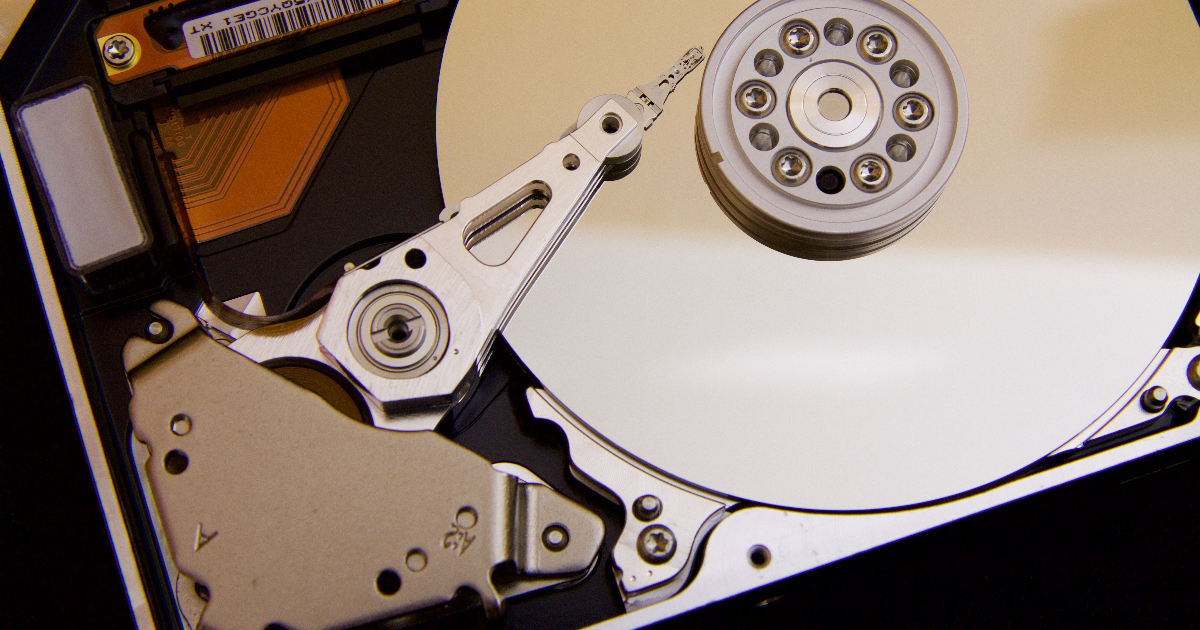 WebContainers, Running Node.JS in the Browser

Stackblitz recently released a new product called WebContainers that enables developers to create full stack Node.js environments within the browser which loads instantly and comes bundled with VS Code, a full terminal, NPM, and more.

Podcast: Cliff Berg and Raj Nagappan on Agile 2: The Next Iteration of Agile 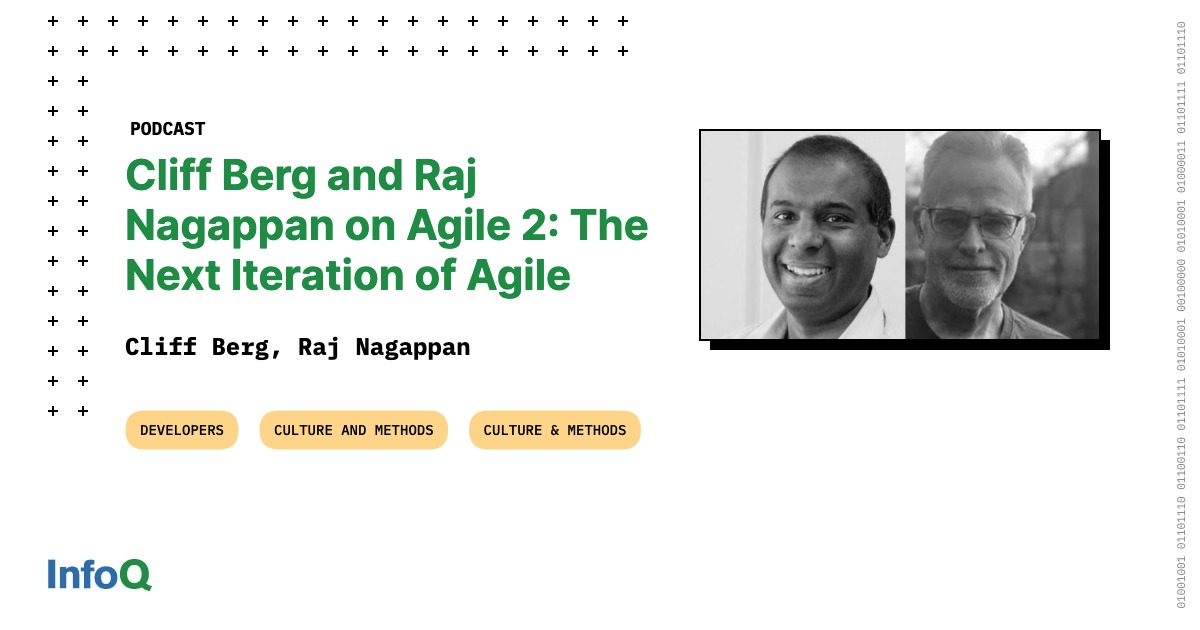 In this podcast Shane Hastie spoke to Cliff Berg and Raj Nagappan about Agile 2, the next iteration of agile and how it is an evolution of the ideas from the original agile manifesto based on what has changed over the last 20 years

GitHub has launched a program to offer developers free legal support from Stanford Law School against DMCA takedowns requested under Section 1201. InfoQ has taken the chance to speak with Mike Linksvayer, Head of Developer Policy at GitHub, and Phil Malone, Director of Juelsgaard Clinic, Stanford Law.